Upfront Reviews – The Bomb-itty of Errors 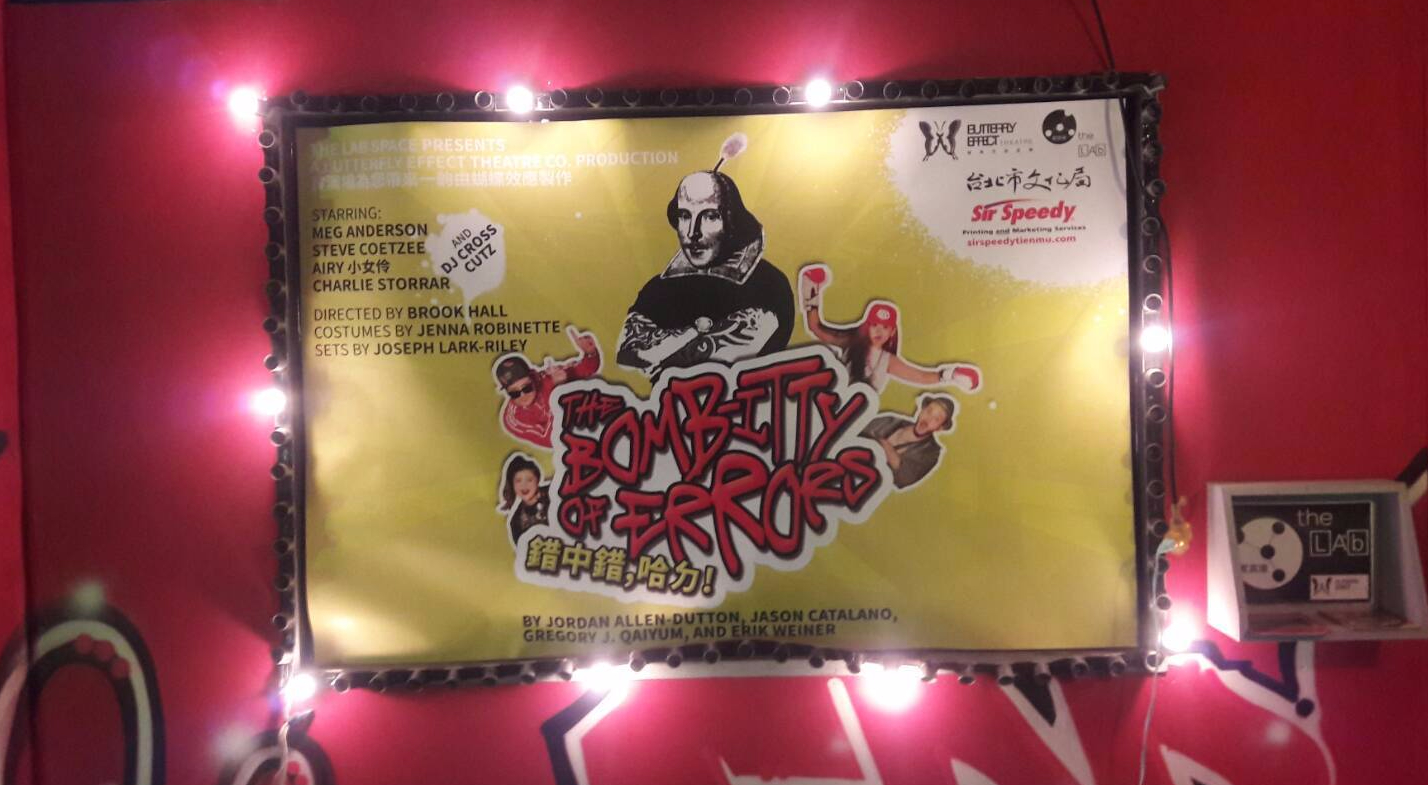 All the world’s a Bomb-itty of Errors
And all the men and women merely players;
They have their exits and their entrances,
And one man (or woman) in his time plays many parts…
And in The Bomb-itty of Errors, the actors sure play many parts! A show filled with ill rhymes, sick flows, dope beats and Shakespearean slang is sure to amuse Shakespeare fans and hip hop heads alike! The play originating in New York, and adapted here by Brook Hall, is currently being showcased Nov. 18-Dec. 4 at The LAB Space in Taipei (by Qilian station on the red line) as part of his Butterfly Effect Theatre Company. “When I saw The Bomb-itty of Errors for the first time in NYC in the year 2000, I immediately put it on my bucket list for must-do shows.” If you’ve witnessed any of their past stage productions – God of Carnage, Ives’ Shorts, Tuesdays With Morrie – you know you’re getting top-notch entertainment, and high value for your money (700 NT). Living in Taipei, our dramatic arts and alternative entertainment choices are few; this is the best ticket money can buy. Coming from Toronto – a city highly praised for its arts and entertainment – one can appreciate what Brook is doing, raising Taiwan’s arts culture to world standards.
Starring Airy Liu as Dromio, the feisty, ill lyric-spitting identical twin of Dromio, Meg Anderson as Antipholus of Ephesus (try saying that three times fast) and other comical characters – notably as the hilarious bumbling “emcee wannabe” postal boy, Steve Coetzee as Antipholous of Syracuse, and the memorable Hendelberg, a rhyme-dropping rabbi, the prolific Charlie Storrar as Dromio of Ephesus, and the hysterical Luciana, Adrianna’s sister (the initially confusing plot becomes more apparent as the story emerges), and last but definitely not least, DJ Cross Cutz dropping the beats and spinning the turntables throughout this lively, fun, and frantic farce. With such a limited cast playing such a vast array of characters, you’re sure to see characters do quick-changes that would impress Clark Kent, wigs flying off mid-performance, comical voice changes, all immersed in impressive emceeing that will leave your head spinning. When asked if it was difficult to memorize the lyrics, Charlie Storrar replied, “When I first read the script, it looked intimidating – very different to lines I’d had to learn in the past. But in the end the fact that the words are generally rhyming couplets made it like learning song lyrics, even the spoken parts. Being able to listen to the soundtrack on repeat also helped get the words into my head. I was off book in about a month.” 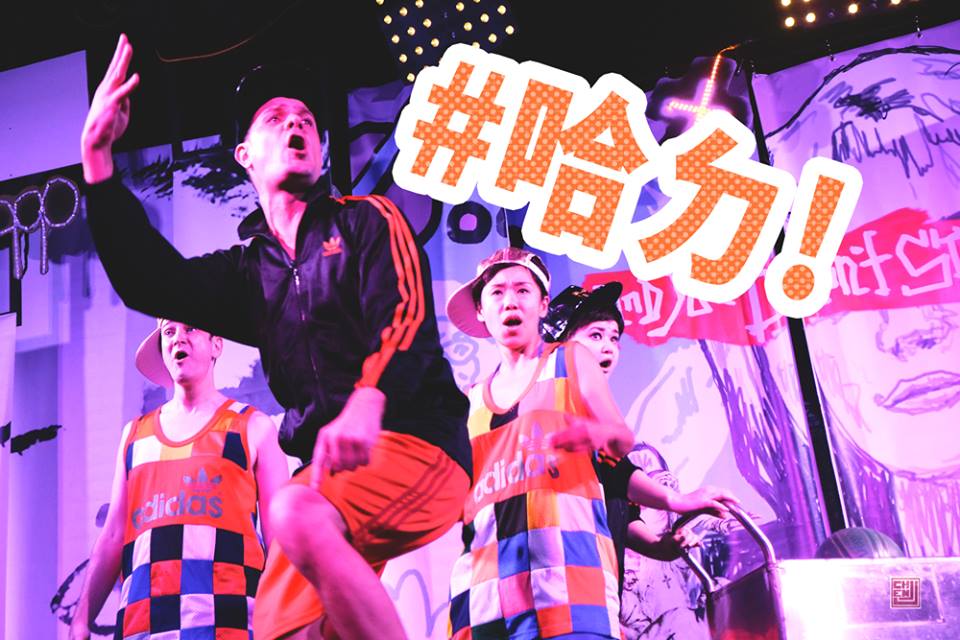 I first witnessed The Comedy of Errors at a “Shakespeare in the Park” event held in my hometown of Toronto two summers ago. As only a perfunctory fan of Shakespeare – I hadn’t read any of this plays since high school – it resparked my interest in the bard and especially live performance of Shakespeare’s plays (and helped me greatly in following the plot more sensibly this time around). So if you have 700 NT in your wallet (about $20 Canadian) and you have your heart set on spending it on the next X-Men movie, do yourself a favor and emerge yourself in the cultured forum of performance art. You’ll have an amazing time, meet like-minded people, and be smarter for it. With teeth, with eyes, with taste, with everything.
For your very own “Upfront Review” just send me a message on WordPress or via Instagram @instacam81
Cameron Brtnik is a freelance writer, reviewer, blogger and revived Shakespeare fan
https://cambrtnik.wordpress.com/